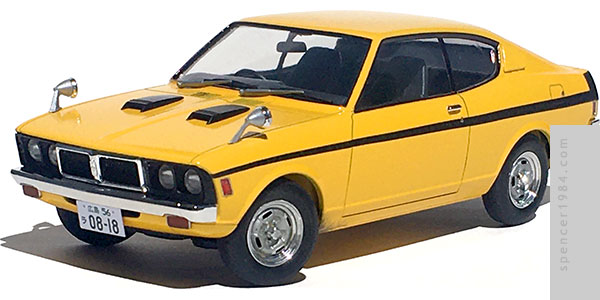 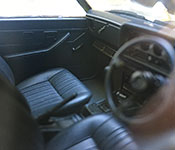 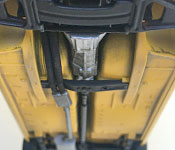 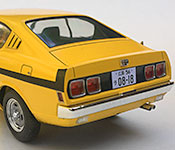 Tekkonkinkreet is a rare story in that the original manga and its movie adaptation both improve each other: the written story fleshes out the characters and their stories, while the animated version is able to better create the surreal environment that is the city of Takaramachi. Among the things that were given more detail in the movie was Kimura's car - a generic coupe in Taiyō Matsumoto's illustrations, but depicted as a Mitsubishi Colt Galant in the anime. Realistic touches like that scattered throughout the film helped enhance the stylized characters (including the city itself).

Hasegawa's Colt Galant GTO-MR was a near-perfect starting point for this car, and as such was built almost completely box stock. It's a newer tooling from them, and so fit and finish were excellent with hardly any cleanup needed before assembly. I was particularly impressed by the level of detail they included in areas that are often dismissed in curbside kits, such as a fully detailed rear suspension or the multi-piece exhaust. Even details like a separate filler pipe and valve stems on the wheels are all here. Some of the parts were so small as to be potentially difficult for some builders, like the tiny separate lenses for the corner marker lights or the separate chrome badges, but the way they fit was so masterfully executed that it's well worth the added difficulty. Decals were equally good and equally fiddly, with everything from the seat patterns to the body stripes to the tiny shift pattern indicator for the top of the lever provided. I ended up using very few of these in an effort to match the look of the anime, but the ones I did use were just as outstanding as the plastic parts of the kit.

Matching the anime was also the impetus for the only physical change I made to the kit: the grille has a blank spot for the badge, but Kimura's car had none. So I cut out both areas and replaced them with fine metal mesh. Because Hasegawa included a detailed radiator face behind the grille and a separate chrome bezel for the front, the modification was easy to do and I didn't have to make any other changes for it to look right.

Other changes I made were purely cosmetic: a gray interior rather than black, custom decals for the side stripes, and custom license plates. Detailed as the movie car was, it had very little in the way of chrome: the interior was without any bright work, and the window surrounds were solid black. I liked the look, and left off or painted everything but the grille, bumpers, light bezels, and mirrors. the body and chassis were painted Model Master Chrysler Yellow, and lightly weathered to reflect the car's use as a daily driver in a gritty environment.