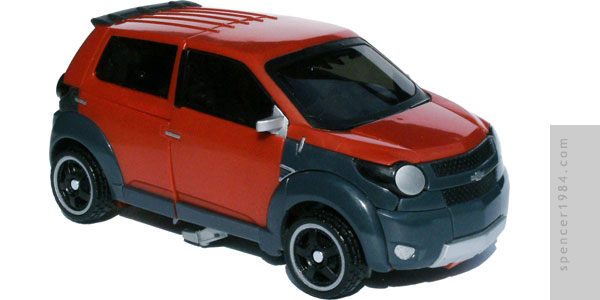 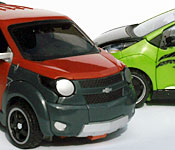 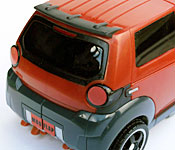 As with his twin Skids, Mudflap needed several more paint applications than what he got at the factory. These included silver for the driving lights, latches, and side vents, dark gray for the rear spoiler and panels around the taillights, and black for the window frames. Although none of these are particularly intricate, they do make quite a difference in making the car look more "finished."

I do wish Hasbro had done something different with his head- and taillights, though. If I come up with a good way to fix them I will do so, but it's a lot harder to fake them on a 2010 vehicle than it is on a 1980 vehicle. In the meantime I will leave him as he is.