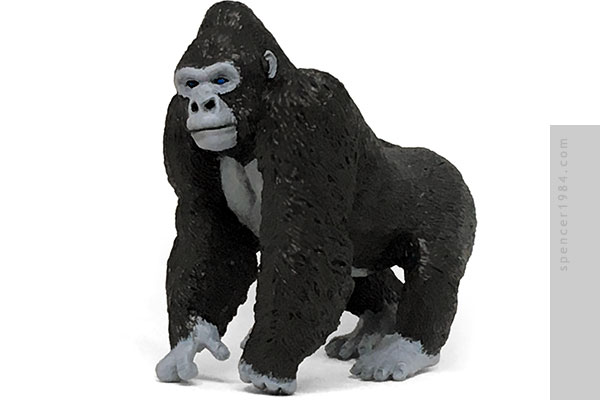 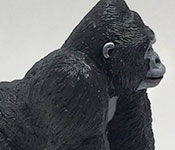 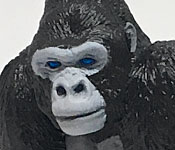 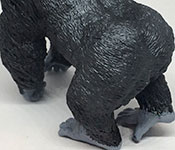 Well, this should come as no surprise...once I went ahead with one Beast Wars custom, that opened the gates for me to add others. Optimus Primal seemed like an appropriate character to do next, so it was just a matter of finding the right Gorilla.

Beast Wars ignored scale even more than G1, to the point where it's considered a feature rather than a bug. As long as they were "smaller than G1," it seems that anything was fair game, and so I looked for something that was around the same size as Grimlock. After a bit of searching, I settled on Papo's gorilla. The sculpting and paint were pretty good, so I just added some details to make him look like the original Optimus Primal toy (I've been making toy versions rather than cartoon versions for more than two decades, why change now?).

I painted the face, ears, chest, hands, and feet Dark Gull Gray, followed by some highlighting and shadowing around the eyes, nose, and mouth to try to make the features stand out. Once this was dry, I gave him a quick spray with Dullcote to seal everything and knock the shine off any unpainted plastic. Lastly, I outlined his eyes with a black liner pen and then painted them gloss French Blue.