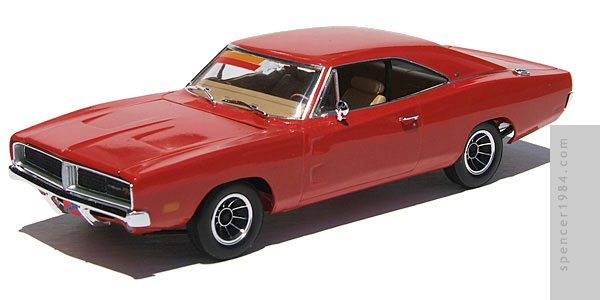 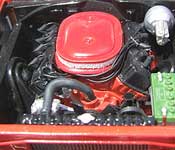 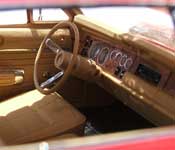 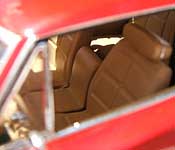 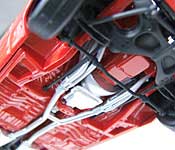 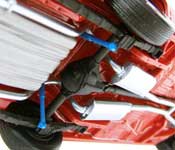 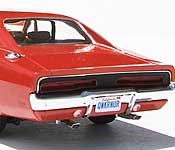 Traveller was built much the same way as my General Lee: I started with Revell's '69 Charger, sanded off the vinyl top, and swapped the Mopar Mags for a set of Vector wheels from AMT's Eckler Corvette. Traveller also got a few other modifications: the 440 and manual transmission were replaced with a Hemi and automatic (made by combining parts of Lindberg's Dodge 330 and AMT's '69 Roadrunner), the "buddy seat" was made by modifying a parts box seat, and the new steering column and roll bar were scratch built.

The color is Chrysler Industrial Orange, which looked like a near-perfect match for the red-orange shown in the movie. To be fully screen-accurate, I should've painted the undercarriage black like I did on the General. But since Traveller was practically a show car (once the "camouflage" was removed), I thought the fully-painted unibody was appropriate. A set of custom license plates and K&N and SE graphics from Reproalabels finished the look.