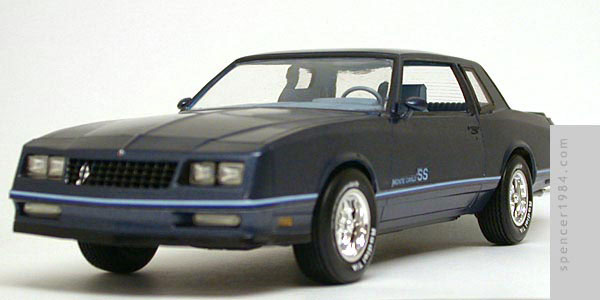 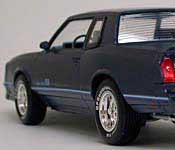 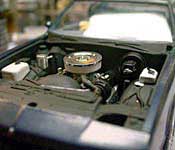 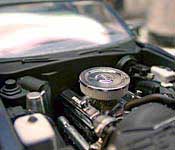 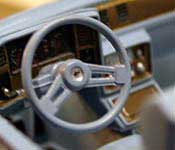 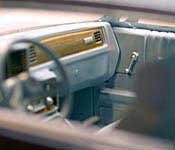 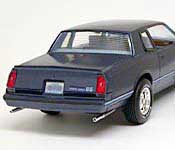 Cool Fact
To give the SS a little more "oomf," GM equipped it with Camaro heads, an aluminum intake manifold, a 4bbl carburetor, and the L81 cam and high-flow catalytic converter from the Corvette.

One of the great things about scale modeling is that you can take the same kit you've already done, build it again with (nearly) the same goal, and it can still be a new experience. It also serves as a good way to judge your progress as a modeler, to look back and see what you did the first time that can be improved upon. This redux of my first Monte Carlo was built as a Christmas present, and served as just such an opportunity for me (about seven years of experience separated the two models). Like my car, the prototype was nearly factory stock except for a few details like the wheels and engine dress-up parts.

Most of this was built straight from the box, but several small details were changed or upgraded. I replaced the rear springs with a much cleaner and nicer looking set, and the wheels, tires, air cleaner, and valve covers were exchanged for parts that better matched the 1:1 car. Though most of this was pretty straightforward part swapping, I did have to fill in the groove on the radiator bulkhead that originally held the stock air cleaner snorkel. I also removed the power window controls and replaced them with manual cranks, and the 1986 style side mirrors were replaced with '84 accurate oval mirrors. Finally, the grill was opened up and the tail lights were molded into the rear fenders before the body was painted.

The car was finished with PlastiKote paints inside and out, including the proper GM exterior color. The stripes and lettering were custom made in Illustrator and printed onto thin label stock, as was a replica of the prototype's license plate. For the finishing touch, the tail pipes were covered in Bare-Metal Foil to represent the chrome pipes on the full sized car.