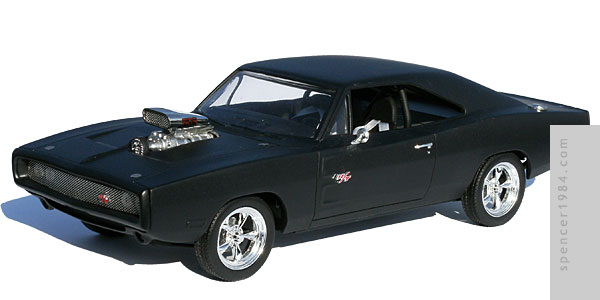 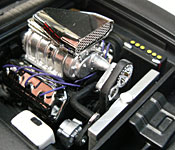 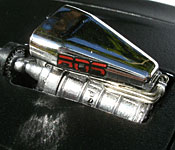 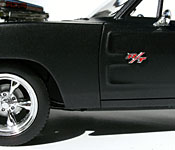 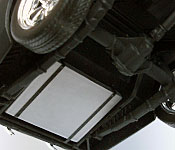 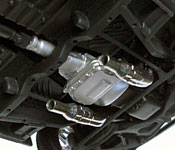 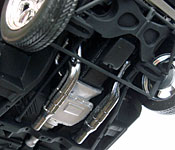 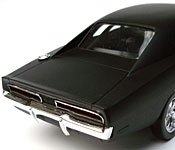 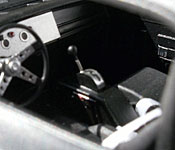 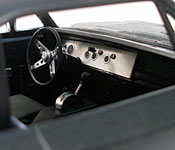 Cool Fact
The "Beast" that originally appeared in The Fast and the Furious was buried under a mountain during the fourth movie's climactic chase. A second '70 Charger, featuring many of the same modifications, appears at the very end of that movie and is used in all of the Fast and Furious promotional material.

As with my previous '70 Charger, I started with Revell's excellent diecast kit. Unlike that build, however, I reworked nearly every component to match its appearance in Fast & Furious (aka The Fast and the Furious 4).

Starting with the engine, I filled in the axle holes and cut off the manual transmission. This was then replaced with a resin 727 from Morgan Automotive Detail, which mated to the kit engine perfectly. I also removed the stock fuel pump, replaced the belts with parts box items, upgraded the radiator to include aluminum tanks and an electric fan, and added ignition wires and fuel lines. The BDS graphics on the sides of the supercharger and scoop were created in Illustrator and printed onto clear decal stock.

For the chassis I left off most of the exhaust system, lowered the rear suspension, and replaced the stock fuel tank with a racing style fuel cell. The wheels were replaced with wheels from Revell's '63 Corvette convertible mounted over scratchbuilt disc brakes at all four corners. I also had to recut the driveshaft so that it would be the right length to mate up to the automatic transmission.

Finally, the body was reworked to include a larger hood cutout (without the shroud over the belt) and received a "walrus tooth" rear bumper from Revell's '69 Charger. The R/T badges on the grille and doors also came from the '69 Charger, while the screens used for the grille and scoop were made from model railroading mesh. The sideview mirror was scratchbuilt and finished with Bare Metal Foil. Everything was painted satin black with minimal weathering since this was supposed to be a partially restored car.