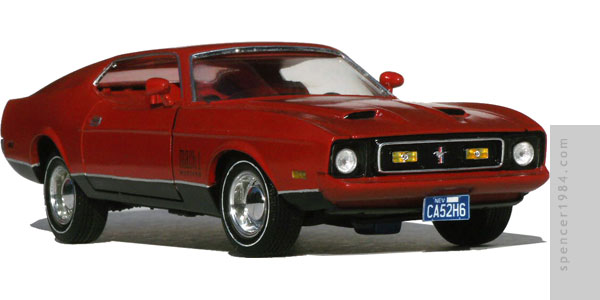 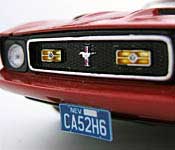 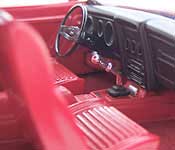 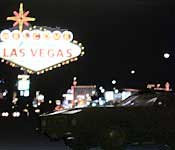 Cool Fact
At least four '71 Mustangs were destroyed by an unskilled stunt driver trying to do the famous 2-wheel alley stunt. It was finally accomplished by stuntman Buzz Bundy.
Source: The Bond Mustang Mach 1 Page

Diamonds are Forever was the first Bond movie where 007 himself got to wring out an American car. Several Mustangs were used during filming, one of which was a Cobra Jet 429 made to look like the other Mustangs with a solid red hood, no side stripes, and hub capped wheels instead of the more typical mags.

I started with Testors predecorated '71 Mach 1 diecast kit (didn't quite make their "assembly in under 3 hours" mark, though). The body was first disassembled and stripped, the spoiler holes in the trunk lid were filled in, and the main body was painted PlastiKote red. The rest of the model is a pretty straight buildup of the kit; I did however replace the wheels and steering wheel with more movie-accurate parts. Testors paints were used inside, while the engine was painted the appropriate Ford Engine Blue. As the final detail, I created a set of "mach 1" graphics and movie-accurate license plates.