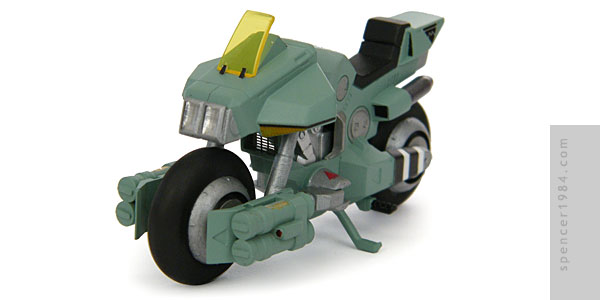 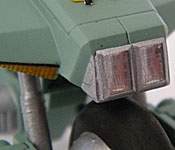 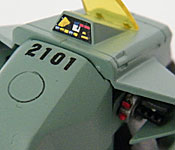 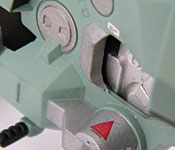 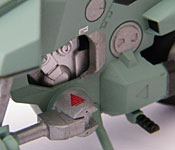 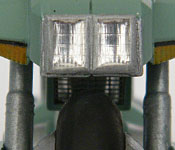 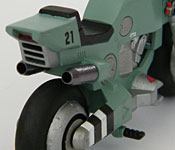 Because of the way the kit is made, I had to do some backtracking at times. The engine is sandwiched between the two main halves of the bike, but these halves required a fair amount of work to remove the seam down the centerline. I prepared and painted the two halves, and assembled them around the finished engine. Once the glue was set, I filled the centerline and sanded it smooth. The port on top of the fuel cell was made by cutting a round recess into the top of the tank, then adding a circle of styrene and sanding everything smooth. Once this second round of prep work was done, I masked off the engine with Silly Putty and repainted the bike.

With this part of the build done, everything else went pretty quickly. I painted the bike to match what Stick/Stig/Scott rode as closely as possible, opting for metal colors for the front forks, suspension, and exhausts. The Mars Base decal on the left flank came from the kit, all of the other markings were from my parts box.

The only real alterations I made to the kit were for things that were supposed to be clear (all of the kit's components were opaque, including the windshield and headlights). The headlights were cut down from a single lens from Revell's Cadillac lowrider, the windshield was cut from the canopy of a Hot Wheels Turbo Thrust, and the taillight was cut from a piece of red sprue. I also replaced the engine grille with a section of photoetched mesh, and added the transformation trigger and the dashboard display. A very light weathering finished it off.