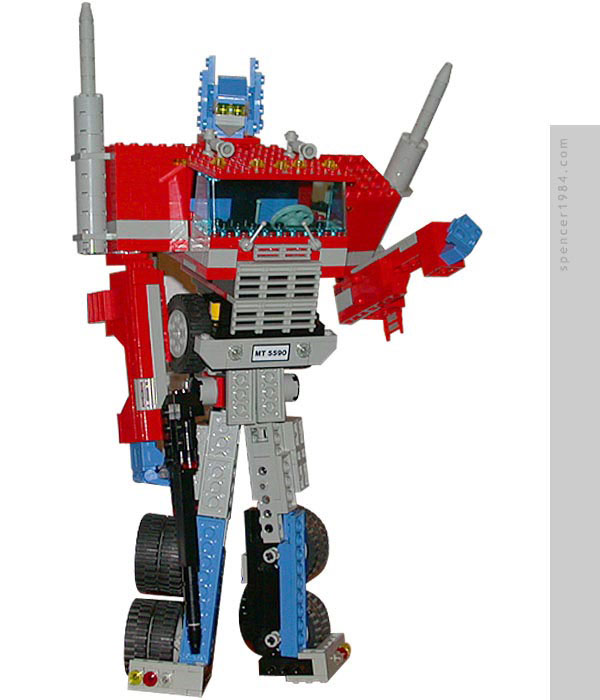 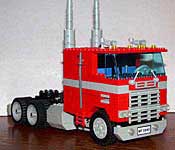 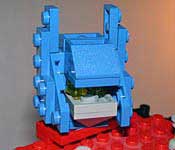 One of the nice things about LEGO models is that they can be continuously upgraded without damaging the original model. This is now the third incarnation of Prime, with each rebuild being an improvement on the previous design.

The first Model Team Optimus Prime I built had a pretty decent truck mode, but the robot mode was a bit clumsy. The second time around (which was the first version to appear on this web site), I improved the robot mode with better articulation, more realistic features, and a better transformation process.

After working on my Cartoon Accurate Optimus Prime, I wanted to revisit this project build an even better robot mode. I didn't want to sacrifice the detail or sale of the truck mode, but the new design I had in mind required more space that what my original design allowed. I also wanted to give Prime a more powerful look while staying true to his basic design. The new truck mode is slightly bigger, and the way it fits together gives it a nice aggressive look.

The robot mode is a big improvement over the last version. He now has articulation at the neck, shoulders, elbows, wrists, hips, thighs, knees, and ankles. His shoulders and hips now have sideways motion to allow for more dynamic poses, and the revised shoulders allow for his arms to be moved away from his body for a greater range of motion.

I also made Prime a new gun to better match the prototype. Now all I have to do is build him a trailer...