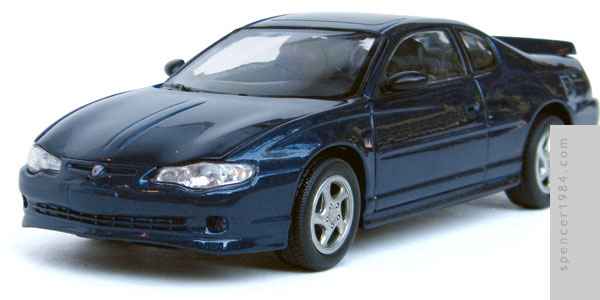 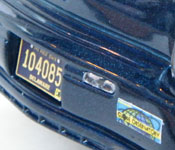 No, not the Tom Cruise movie: this was the Monte Carlo featured in The Asylum's release of War of the Worlds starring C. Thomas Howell. Like the Mustang from I am Legend, this was a pretty easy upgrade of an existing Welly diecast. In this case, I swapped the wheels for a set from Italeri's Porsche 911 Carrera (a surprisingly close match the the directional alloys Chevrolet used) and added a sunroof, license plate, and "Globe Observatory" bumper sticker. The sunroof was cut from thin adhesive vinyl, and the license plate and bumper sticker were drawn in Illustrator based on screen grabs from the movie.