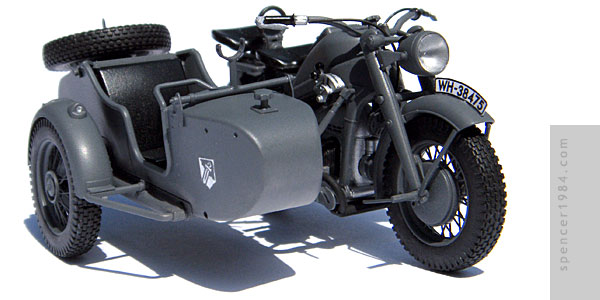 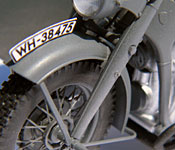 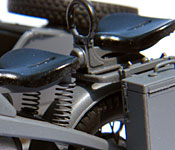 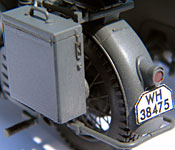 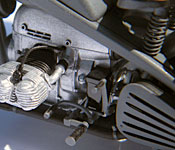 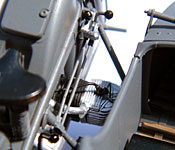 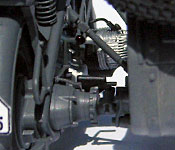 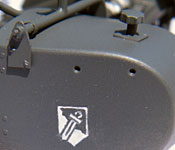 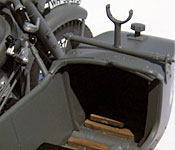 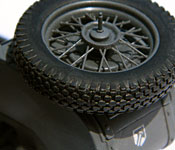 One of the things that I enjoy about building TV & movie vehicles is that there are multiple ways to interpret them and still have them be "correct." The two primary options are that it could be built as an exact replica, or as it was portrayed on screen (i.e., building the Batmobile with a Ford V8 would be correct for a replica of that car in our universe, while a version with an atomic turbine powerplant would be correct for Batman's universe). I prefer the latter, where I get to mix research and imagination to come up with "what if" cars. Or, in the case of the vehicles featured in the Indiana Jones movies, I can aim for more historical accuracy. Using stand-in vehicles is a recurring theme for Dr. Jones, from Raiders of the Lost Ark using a GMC CCKW with a fake Merecedes cab to Kingdom of the Crystal Skull having a 2007 Harley with a kick starter. In Last Crusade, a Ukrainian-built Dnepr MT-11 was used to portray a German WWII motorcycle. It was likely supposed to be a BMW R75, though with 1/24 replicas of the R75 scarce (and a little wiggle room thanks to the Dnepr's inaccuracy), I went with Tasca's outstanding Zündapp KS 750 with Sidecar instead.

Because Tasca did such a nice job, my work focused primarily on doing a clean box-stock build. The only place I really deviated was the sidecar, which needed the machine gun mount and knob. The gun mount was made from a combination of styrene, wire, wire insulation, and aluminum tubing, while the knob is a cut-down distributor cap mounted on rod and sheet styrene.

Paint was Tamiya German Gray, with detailing done in flat aluminum, silver, and various blacks. The insignia on the back and side of the sidecar were hand painted, and the license plates were recreated in Illustrator.