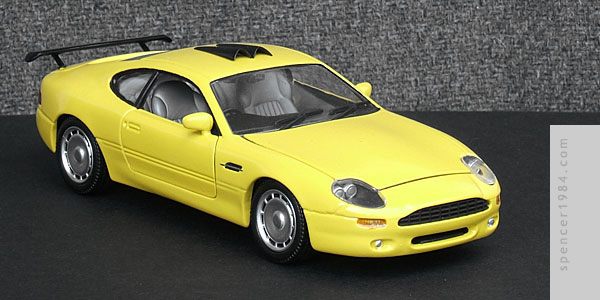 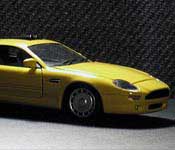 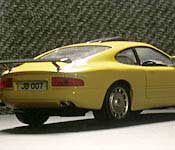 Hot Shot received a new alt-mode for Energon, though as with most recent TF figures, the specific car used is more of a "sort of" than a true replica. Most of it appeared to be based on an Aston-Martin, most likely the Vanquish. Since 1/24 replicas of Astons are almost impossible to find, I had to go with the next closest model: the DB7.

Guiloy's replica isn't really stellar, but it's certainly servicable. The biggest change I made was to repaint it in Hot Shot's now standard bright yellow. The interior was cast in black and gray, and just required some detail painting to make it look right. Once reassembled, I added a rear spoiler and roof scoops from my parts box, and detailed the body with paint and Bare Metal Foil. Nothing too intense, but it's certainly recognizable and was a fun little project.