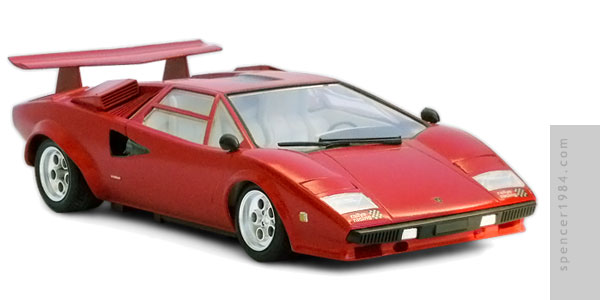 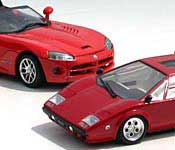 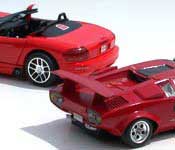 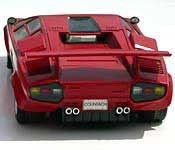 After several months of having the "wrong" Sideswipe, I went ahead and got a second Tamiya LP500S with the correct roof panel, fenders, and front and rear fascias (my previous "Sideswipe" Lamborghini was built from a late-model Revell-Monogram kit; the later Countaches had square lines and a flat roof unlike this earlier style).

The model is built entirely box stock, but I tried something a little different with the paint job. It is difficult to find a red that truly matches the bright red of the Lamborghini. To get the right result for this car, I painted it in three coats: the first two were the same Plasti-Kote red I used on my Street Fury kit, but the third coat was a much lighter Toyota red. The result was a very bright red that looks pretty close to Italian Red.