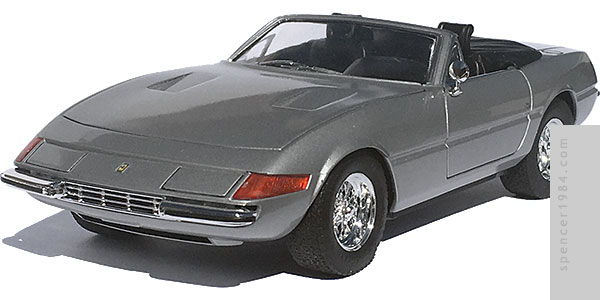 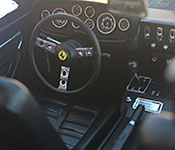 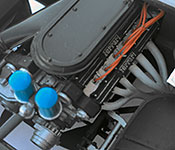 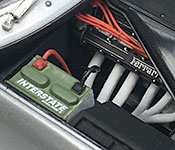 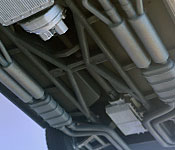 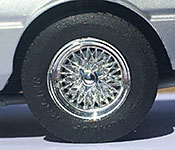 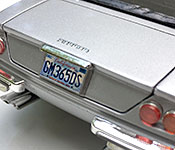 While they're generally known as "techno-thrillers," Michael Crichton's stories almost always put some critical plot point on four wheels. In State of Fear, an important sequence (and red herring) involved a Ferrari 365 GTS/4 Daytona Spyder. Having already built the Fujimi and Revell versions of this car, it seemed appropriate that I also check out the Italeri release as well.

In many respects, this kit is the best of the three. It's a legitimate Ferrari and far more detailed than Revell's kit, and has a much less fiddly final assembly than Fujimi's. Everything went together easily, and while the engine, chassis, and suspension were somewhat simplified the end result is still a sharp looking replica that details up nicely. About the only thing I wish had been done differently was the multi-piece body, which required some fill around the rear fascia. Also, the decals were pretty lousy due to their age, so I replaced them with badges from a later Revell Ferrari and my own custom gauges. The high quality casting and nice fit meant that this is the closest to a box stock Daytona I've done so far.

The engine and chassis were done mostly the same way here as I did on the Miami Vice car: black primer base coat, then Tamiya Aluminum for the engine and a variety of metallic colors for the suspension, brakes, and exhaust system. A few of the colors were altered slightly to suggest this was a restoration rather than an all-original Ferrari, such as flat white headers to suggest a ceramic coating. The engine received only basic wiring and plumbing, which is all it really needed.

The interior was painted Tamiya Semi-Gloss Black, with BMF and Molotow Liquid Chrome for the trim pieces and black felt paper for the carpeting. I also drilled out the steering wheel and replaced the shift lever with a straight pin. The two main gauge decals were replaced as noted above, and the smaller gauges were detailed with colored pencils.

Aside from the fit of the rear fascia, the body needed relatively little work. I deepened the panel lines, gave it an overall sanding, and then shot it with several coats of Tamiya TS-17 Gloss Aluminum followed by their TS-13 clear. I then further defined the panel lines with ink, and gave it a light wet sanding and polishing. The trim was also a combination of BMF and Molotow, plus a printed chrome Ferrari badge to replace the cast-in trunk badge. The bumper strips are Hasegawa Flat Black Finish. Lastly, the license plate is a California vanity plate on the "Lake Tahoe Conservancy" background to fit with the character's environmentalist nature.