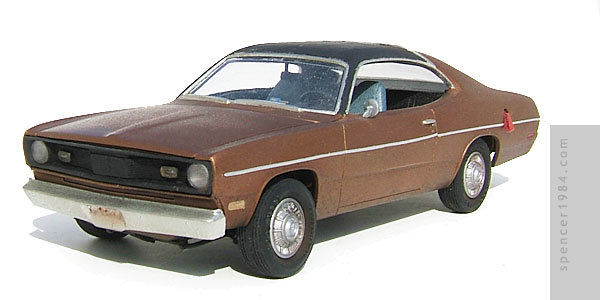 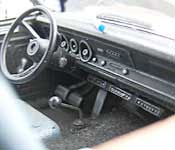 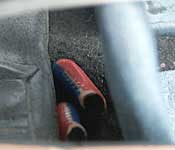 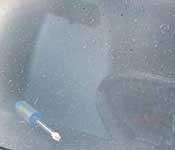 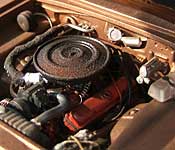 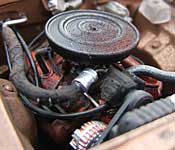 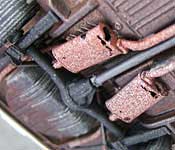 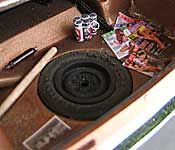 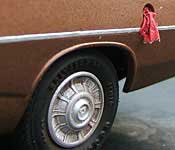 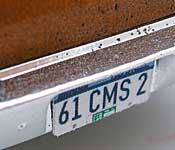 Cool Fact
Ed O'Neill was the only member of the Married...With Children cast to appear in every episode.

This project had been on my shelf for years before I finally finished it. First, because details about the car are difficult to pin down: Al's "Dodge" went through several incarnations depending on how it needed to be used in a particular episode. Second, it took a lot longer than I originally expected to locate the correct Mopar details to make the car look the part.

As in the show, my "Dodge" started its life as a '71 Plymouth Duster 340. I wanted to try something new this time, so I decided to give it a functional trunk. I cut the trunk lid from the body, and scratchbuilt hinges and the appropriate reinforcement struts on the inside of the lid. The lid is hinged on a custom made strut that is mounted just below the rear parcel shelf. Because of the way the car is constructed, I had to assemble everything before I could start detailing the inside of the trunk. Though it's nowhere near full, I did make sure to add all of the necessary details for Al Bundy: several issues of Big 'Uns magazine, a six-pack (minus one) of Girly Girl beer, his sausage (as noted in the episode "Old Insurance Dodge"), a baseball bat (not specifically from the show, but it seemed appropriate for when Al might need to lay down the law), and the picture of the Bundys (which was made by printing a modified screenshot of the photo seen at the end of the episode "Get the Dodge out of Hell"). I also included a scratchbuilt bumper jack and a spare tire to round things out.

The only real modification I made to the interior was to add the blue faux sheepskin covers over the front seats. I did these by roughly covering the seats with Squadron White Putty, then spraying multiple shades of blue from a long distance to give them a fuzzy look. Low spots in the putty were made to look like tears by simply filling the holes with black paint, to make it look like the original seat material was poking through. I also modfied the back seat to look saggy, and added flocking where appropriate. Extra details inside include a screwdriver on the dashboard (AKA the ignition key) and a pair of bowling shoes behind the passengers' seat.

The engine was built stock, but detailed and heavily weathered. Because the car failed to run the majority of the time, I really wanted to make things look scuzzy under the hood. Oil leaks, rust, grimy belts & hoses, disconnected lines, corroded battery terminals, and mismatched wires all helped give the right look here. Continuing the theme under the car, the shock absorbers are mostly leaked oil and rust-rot, and the exhaust system has several holes (particularly around the mufflers).

In addition to the above-mentioned trunk, the body recieved a new grille from A/FX N Scale Resin (before their unfortunate collapse), a half-vinyl top, new side trim, and a set of hub caps from an old MPC Dodge kit. They're not 100% accurate to the caps in the show, but they were the closest I could find and certainly look the part. I decided to go with the brown version of the Dodge as it seemed to be the most appropriate.

Once the construction was done, it was time for weathering. Everything from the interior to the chassis was heavily weathered using chalk, charcoal, dust, dirt, and even crumbled leaves gathered in the corners of the trunk. It certainly took a lot longer than I expected when I first started, but it was a fun project.