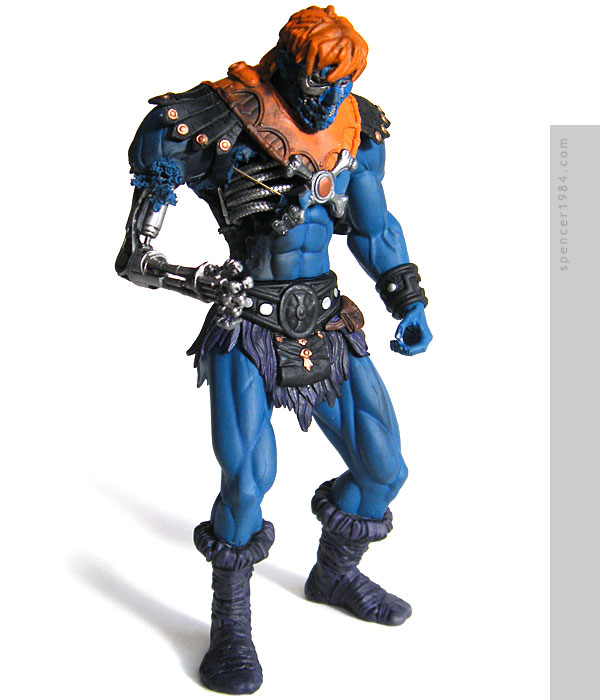 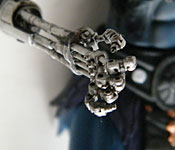 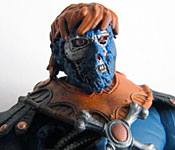 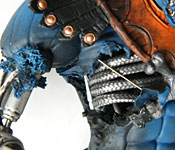 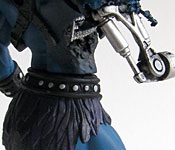 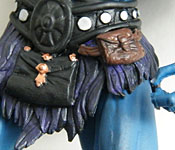 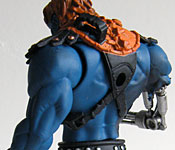 Like Transformers and G.I. Joe, Masters of the Unverse has had several generations of toys since its inception. My personal favorite MotU was the "Modern Series" sculpted by the Four Horsemen Design Group and released between 2002 and 2007. The Horsemen were able to put their considerable talets to work reimagining the original characters without the constraints inherent in an early 1980s action figure line. Gone were the sculpt reuses, soft detail work, and cookie-cutter physiques. These figures instead had unique sculpts filled with detail work that highlighted each character's unique personality. Unfortunately, the short life of this series meant that several characters were not able to get the true Four Horsemen treatment.

One of those figures was Faker, the "Evil Robot of Skeletor." There was one version released in 2003 as a Toyfare exclusive, but like the original it was just a straight repaint of He-Man wearing Skeletor's armor. Appropriate to the character, but there was room for improvement. This figure started as a Smash Blade He-Man, and got a complete makeover to become something closer to what the Four Horsemen were doing with their unique sculpts.

First, I removed the head, right arm up to the shoulder, and part of the right side of the torso. The edges were roughed up to create the look of battle damage rather than surgical removal or an incomplete build. The head was replaced with a partially resculpted "hamburger head" T-800 from McFarlane, modified so that it could use the hair and neck post from He-Man. The right arm is another former McFarlane piece, modified to fit onto the remains of the arm. I also had to redo a couple of the fingers that had broken off, including redoing one completely from scratch (there are 12 individual pieces between the palm and the fingertip!). Finally, I made ribs, lines, and an actuator for the torso from various parts box items. The armor is straight from a 2002 Skeletor figure, fit together properly and modified to include battle damage around the torso hole.

Once the modifications were made, everything was repainted. I started with a base of Royal Blue, then painted the belt, bracer, loincloth, and boots black. The boots and loincloth were drybrushed purple to give them an organic look. Faker's hair was also drybrushed, this time orange over brown. The armor was painted orange, and he was ready for weathering and detailing.

The bulk of hte weathering was done on the right side of the torso and armor. Charcoal was blended into the paint to create a faded soot effect, and pastels were used to create highlights and shadows elsewhere on the figure. I used metallic paints and pencils to detail the armor, belt, and bracer, as well as add some further damage. Multiple coats of sealer and Dullcote were layered as I worked to keep everything safe for travel and handling in its new home.