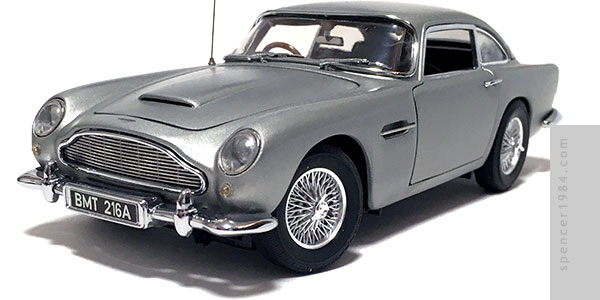 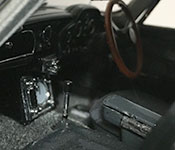 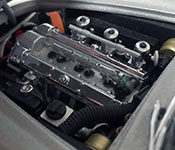 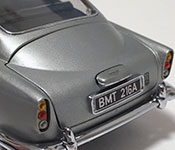 As I noted back when I made Energon Hot Shot, 1/24 scale Aston Martins are strangely difficult to find. Even the DB5 from Goldfinger, one of the most famous movie cars of all time, is limited to a few vintage model kits and a single diecast car. I had first tried building the Doyusha kit as my Bond car, but ran into so many problems that it ended up being scrapped and the parts were shifted to another project. Right around that time was when The Danbury Mint released their diecast replica of the car. It was a nice looking piece, but the myriad gadgets meant some oversized seams in the hood and boot lid, plus a set of permanently-exposed forward machine guns. But they had also made a stock DB5, and an idea was born.

After some time I managed to track down a stock DB5 and a whole bunch of Bond DB5 parts for cheap. The stock version was 100% intact, but its previous owner was a heavy smoker and the car was coated with a greasy yellow sludge. All I really needed from it was the main body and glass, though, so that was fine. I completely disassembled it, stripped off the original red paint, and gave it a new paint job using Silver Birch from ScaleFinishes followed by a coat of Tamiya TS-13 Gloss Clear. The glass needed a good scrupping with some Dawn, but returned to a nice bright look pretty easily.

The parts cars primarily donated the chassis, engine, and (most importantly) the interior. They needed little more than a good dusting to provide what I needed, and so were reassembled into the stock body. The side windows were firmly attached to the rear bolsters so I had to use them, but the chrome frames were pretty well shot so I redid them using some Bare Metal Foil. I also used the headliner and front bumper from the Bond car, since they were the most subtle nods to the cars true abilities, and the taillights since I was unable to remove the ones from the stock version without damaging them.

There were a few last details that had to come from my parts box. The wheels were arguably the weakest part of the car, especially with the working tire slasher in the left rear. They weren't exactly garbage, they just didn't look right here. So I donated them to the Rendezvous Ferrari, and replaced them with a set from Tamiya's Jaguar Mk.II Saloon. I also had to replace one of the windshield wipers, since in all the parts I only had two and managed to drop one. The final pieces were a new wire antenna, some license plates I had on hand, and a set of badges.