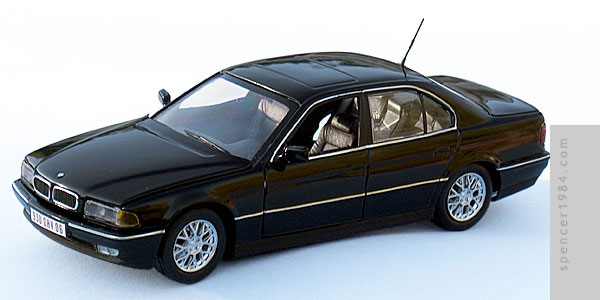 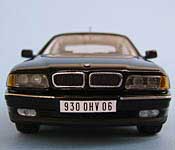 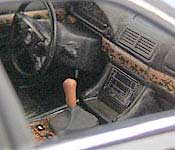 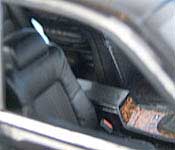 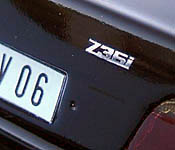 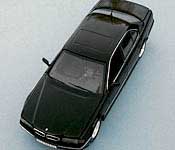 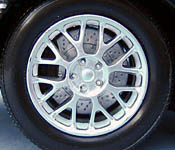 I had originally bought this car to turn into the Pierce Brosnan's BMW from Tomorrow Never Dies. Then I saw The Transporter, and was torn between which car I wanted to make. When I discovered that there was a correct "L" version of the 7-series available to make the Bond car, it made the decision a lot easier.

The car was disassembled and repainted to match the black over black used in the film. The interior also recieved flocked carpeting, scratchbuilt seatbelt hardware, and a custom center console. The body was detailed with paint, Bare Metal Foil, new BMW badges and trim, and a set of movie-accurate license plates (I chose the set from the first scene). A parts box antenna was mounted on the back window, and for the final touch I added a set of BBS wheels over parts box brakes. The style isn't an exact match for the ones used in the movie, but they're nearly perfect...just a slight difference in the bow of the spokes.