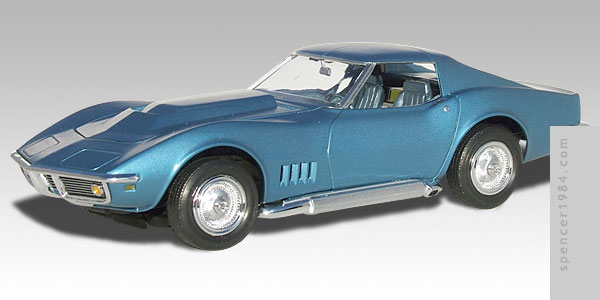 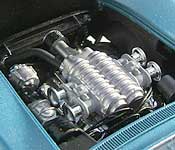 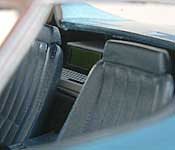 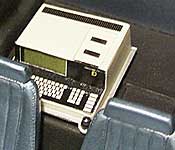 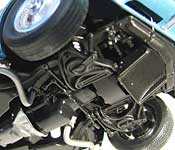 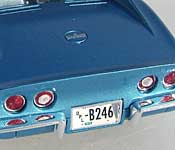 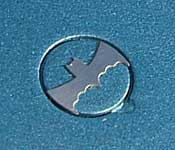 Cool Fact
This car's appearance in Batman #246 marked the first time Batman used a truly stock-looking vehicle as a Batmobile.

When Batman comics began to move away from the camp of the 1960s TV series, one of the most obvious examples was the toning down of the Batmobile. The fins shrunk and eventually disappeared, the open twin-bubble canopies became a traditional roof, and so on. Eventually this led to some artists using "real world" cars as Batmobiles, starting with this Corvette in 1972.

The Corvette used in the comics was a generic version of the 1968-1972 "shark" Corvette. Although it was likely supposed to be the then-current 1972 model, I used Revell's '69 Corvette as they were much more abundant. Fortunately the only things that would give away the exact year in the comic were hidden in shadow, so it was a safe choice.

Most of the kit is actually built box stock, with a few modifications to make it more useful as a Batmobile. First, to get a little more kick out of it, I added a supercharger made from part of a Hot Wheels Radio Flyer and several scratchbuilt details. The supercharger belt made it so that the original fan no longer fit, but an electric fan from my parts box solved that easily. Wiring and plumbing were added to finish it off. The chassis was built stock with the exception of scratchbuilt metal front springs to replace the plastic kit parts and a shield to protect the oil pan and front suspension components.

Inside, I added a scratchbuilt Datapoint 2200 to act as Batman's portable computer. I chose the Datapoint 2200 based on its entry at Old-Computers.com: it was the first microprocessor-based computer, and sufficiently expenssive to make Batman/Bruce Wayne an ideal purchaser. The computer is on a tray behind the passenger's seat, so to access it he would fold the seat forward and swing the computer out. I also added a discreet Batphone made from plastic stock and a Police radio taken from AMT's Monaco kit.

The body was stripped of all stock Corvette trim and painted Nassau Blue. I liked how the color was both a correct vintage GM color and how closely it matched the ink used in the comic. After seeing it on the car, I decided to continue the monochromatic theme throughout the rest of the model: the only colors that aren't blue or a neutral are the taillights and computer screen. A set of '70 Impala hub caps were a pretty good mach to what was shown in the comic, and replaced the large "California Wheels" included in the kit. BMF window trim, a photoetched Bat Emblem for the fuel door, and a diplomatic license plate (not shown in the comic, but common for the time) finished the look.