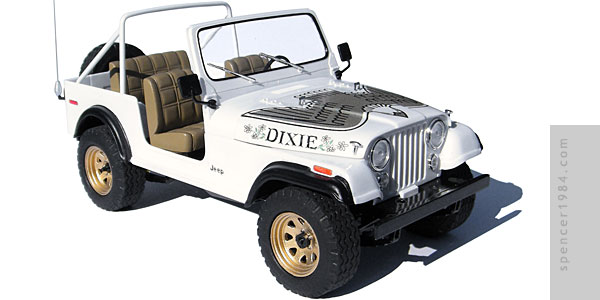 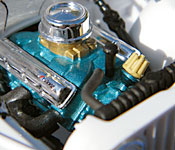 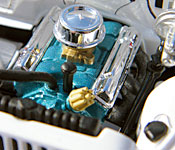 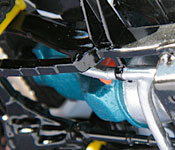 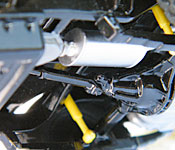 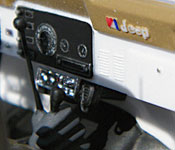 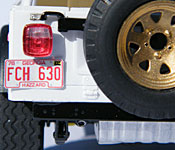 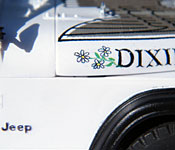 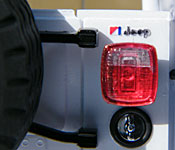 Cool Fact
When Daisy's Jeep was introduced in the show, the "Dixie" graphics were on the doors. Once the doors were removed, the graphics were moved to the sides of the hood in place of the stock "Golden Eagle" graphics.

Many years ago, my first experience with this kit was a terrible rendition of Hound. Not only was it terrible because it was the wrong style Jeep, but because the kit was very rough and I was too inexperienced/impatient to do a proper clean-up job. Fast-forward a few years, and I wanted a companion piece for my General Lee. The officially licensed kit was a CJ-5, though, which meant that if I wanted a proper Daisy Duke Jeep I was going to have to revisit the old Monogram kit. But this time around I wanted to do it right, and so I issued myself a challenge: no shortcuts, aftermarket items, or parts swaps. With the exception of paint, glue, and a set of decals from Bugsy's Junkers, the finished model had to be made 100% from whatever came in the box.

I first went to work on the chassis. Fortunately, this copy did not have the typical chassis twist...but it still needed a lot of cleanup. Everything required substantial flash removal, the frame rails needed to be squared up, and the exhausts and driveshafts/axles needed to be properly rounded. I chose to open the forward- and rearward-most spring shackles and the exhaust tip, as these were all readily visible on the finished model. Since this was supposed to be a new Jeep in the show, I painted the chassis semigloss black with clean metals for the exhaust system and bright yellow shocks.

The engine needed some clean-up as well, particularly around the cast-in starter and oil filter. I cut down the back corners of these parts to give the illusion that they were separate pieces. I also reduced the thickness of the fan belt by about half so that it didn't looks so clunky. The block was painted AMC blue with the chrome dress-up valve covers and off-road air cleaner.

The body required the least amount of work, though I did need to remove a few parting seams and I had to relieve the bottom edge of the hood to sit squarely on the front fenders. Everything was then painted white with satin black accents. The floor was also painted satin black, with light brown for the seats and dash pad. The CB radio is straight out of the kit, detailed with paint and BMF. The hood decals were a mixed bag: while the main eagle went on with no problem, both "Dixie" decals broke apart before I could even try to apply them. I put on what I could, then made up the missing sections with paint. Bugsy's Junkers had closed shop before I started work on this, so there was no way to get replacements, but I think they turned out pretty decent.

The wheels were painted Tamiya gold, and the center was removed from the spare tire backer to look more realistic. The CB antenna is the only place I really "cheated," and even then I technically did not use any non-kit parts. The antenna itself is made from a piece of sprue that I heated over a candle and stretched, while the base was another piece of sprue that was chucked up in a drill and turned to provide the coil texture.