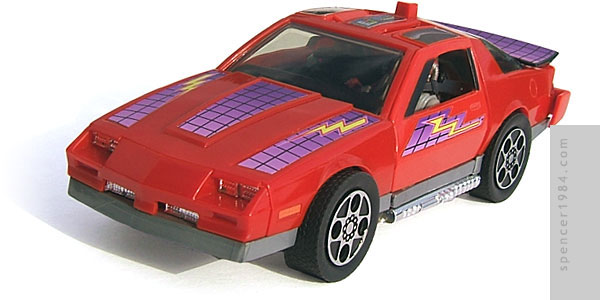 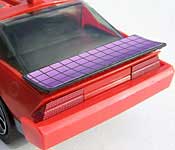 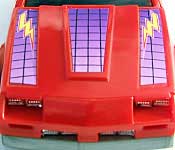 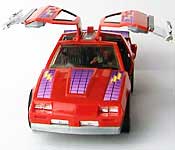 Like most toys of this vintage, the first thing Thunderhawk needed was a good cleaning and polishing to get the plastic back to near-original condition. Several of the stickers were badly damaged, so I removed all but the T-tops (which were in surprisingly decent shape) and replaced them with a repro set. I also removed the door spring and rewound it to have a little more force so that the doors don't droop when T-Hawk is in attack mode.

That only left two problem areas: the cracked tires and worn chrome. There wasn't much that could be done with the tires...I chose the best four from this and another T-Hawk I had on hand, and repaired the cracks with a dot of super glue. The chrome was a lot easier to fix: I simply went over the existing plastic with some carefully chosen strips of Bare Metal Foil, and it now looks good as new.