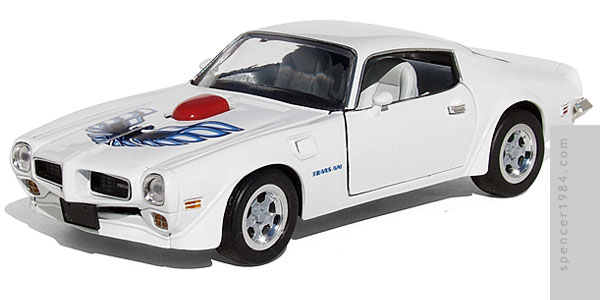 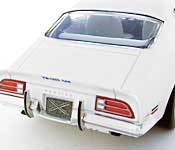 This was another relatively quick custom, as Sunnyside makes a '73 T/A that's a near-perfect representation of the car used in the movie. The biggest changes I made were repainting the interior and hood scoop to match the 1:1. Other than that, the rest of the work went into detailing what was already there: Bare Metal Foil and aluminum tape for the trim, rear bumperettes, and paint work around the lights, wheels, and some body touch-up. Because the car was stolen from a used car lot, it had no license plates. Instead, I modified the front plate carrier and scratchbuilt a rear carrier to provide the correct "tagless" look.