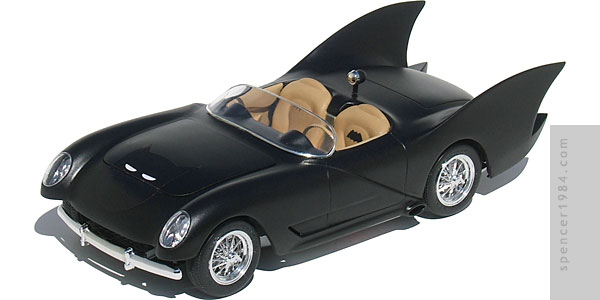 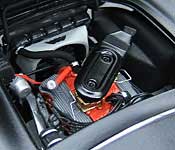 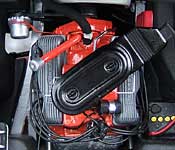 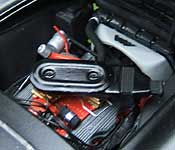 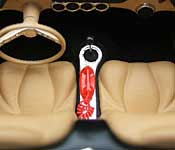 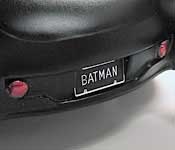 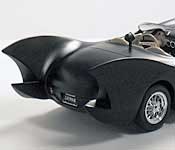 Cool Fact
Despite the large credit on the cover of Batman #164, The "Hootenanny Hotshots" were made up for that single issue.

In Batman #164, the first new Batmobile in over a decade was unveiled to readers. It was actually a "first" in many respects: the first convertible, the first integrated mask, and the first Batmobile with integrated fins. Although it was revolutionary at the time, its days were numbered with just over a year before the TV series with its Futura Batmobile took the world by storm.

Even more than usual, the size, shape, and details of this car were very inconsistent from panel to panel. It was described (and usually drawn) as a small two-seat sports roadster, and I felt the first generation Corvette made a perfect starting point. Rather than a stock C1, however, I started with the custom Vette AGIN designed by Thom Taylor. My first and most extensive modifications involved adding the quad fins and the diagonal character lines. The fins were made by attaching sheet styrene to the body and blending the new panels into the existing body. The diagonal breaks were made by slicing from just above the exhaust ports to near the rear corners of the hood on each side. The forward sections were then pulled out while the rearward sections were pushed in, and the whole thing was set with glue and smoothed out. I also smoothed out the nose ornament, but I decided to leave the side vents and exhaust ports as I liked the way they broke up the monotony of the side panels.

With the body drying, I turned my attention to the chassis and running gear. I replaced the stock engine with a 409 with dual quads out of a '63 Impala, which was the biggest and most powerful engine Chevy was producing regularly at the time (their Z11 427 looked nearly identical to the regular 409, so feel free to consider this a bored-over 409 if you'd prefer). The chassis was modified to include a trailing arm rear suspension (also out of the Impala), adjusted front suspension ride height, smoke canisters, and several skid plates to protect everything. The rest of the chassis was pretty much built box stock, though I did have to make a few adjustments as both corrections to the kit and as adjustments thanks to the new parts.

The interior had only minor modifications. I had to trim the tops of the door panels to fit correctly, and I painted the dashboard to look like it contained early elements of the Futura Batmobile. It was then finished with carpeting, Bare metal foil trim, bat emblems on the seat backs, and the typical red phone for the center console.

I went with satin black for the bodywork (the comics seemed to range from flat black to satin black to gloss black and even blue-black) as a good neutral color. A gloss black bat mask was made a custom-printed item over a parts box bumper that fit the car exactly as it was drawn in most comics. Though it's nearly impossible to see, there is a wire grille surrounding the radiator as protection. In the rear, I converted the Vette AGIN's reverse lights into taillights flanking a photoetched license plate. The searchlight on the rear deck was taken from the Hogan's Heroes Jeep, and works perfectly as it is tall enough to clear the windshield. Aoshima spoked wheels with spinners wrapped in vintage tires finish the overall look.