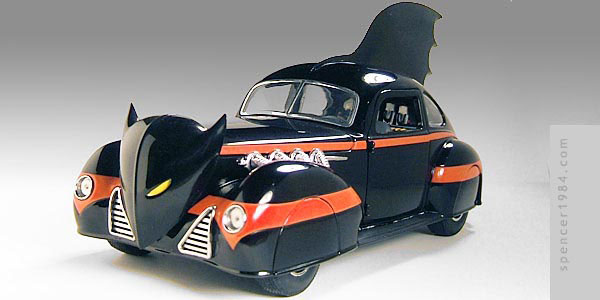 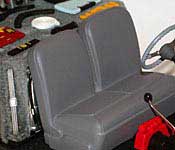 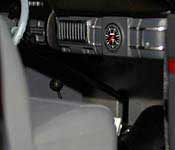 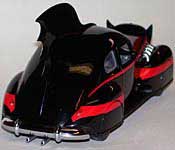 Cool Fact
The 1940s Batmobile was originally offered by the Danbury Mint only to customers who had already purchased their 1960s Batmobile. So far, they have not released any other Batmobiles.

Although "Batmobiles" had been around since 1941, and Batman had been driving various high-performance cars for even longer, the cover of Batman #20 in January 1944 stands out for many fans as the first real appearance of the Batmobile. It was the first time the car was featured on a cover, and the dramatic image really caught everyone's attention. The Danbury Mint used this image as a basis for their second 1/24 diecast replica, and like the 1960s version, it needed just a little tweaking before I was 100% happy with it.

Like the previous car, the figures had to go. Because this was an enclosed sedan, however, it wasn't as easy as popping them out and fixing the seat. For this one, I had to remove the body first. That wasn't as bad as I feared: five screws and two glue joints later, I had a wild looking "bat buggy" ready for modifications. Rather than removing the figures and redoing the seat, I opted this time to replace the seat altogether with the bench from Revell's excellent '40 Ford kit. Once the old seat was removed, however, I discovered an odd alcove behind the passenger's side of the seat. The rest of the panel was finished, so I was left with this big rectangular hole to fill in (the Ford seat has an angled back, so it wouldn't hide the hole completely). I decided it would be a great place for a vintage fire extinguisher, so I made one from some parts box items. The extinguisher tank was finished in Bare Metal Foil, and a section of vinyl cord was used for the hose.

Other details included carpeting for the floors, a new telephone handset (with straight cloth cord), and a new shift lever. They didn't paint the collar, cape, or "R" symbol on the spare Robin uniform, so I painted those details. Under the hood, I painted the inside of the carburetor horns, and repainted the radiator black & gold. Once reassembled, I touched up the taillights and gave it a quick polishing to remove any smudges.