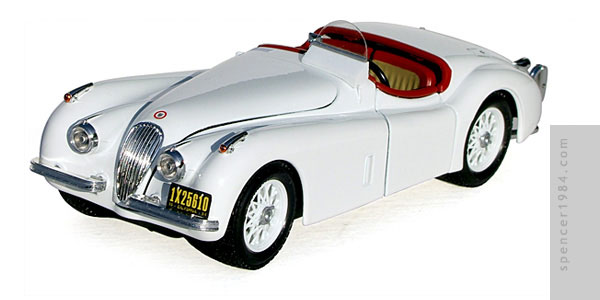 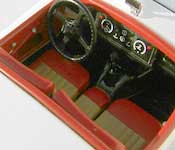 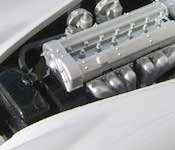 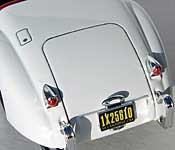 Every builder and collector has certain "holy grails" - cars that are so difficult to acquire that the time spent tracking them down becomes a crusade lasting for weeks, months, or even years. At the opposite end of the spectrum are cars like this one, where I didn't even know I wanted it until long after I had it.

I had originally purchased this kit in 2002 for a possible conversion to an XK150. But it wasn't a terribly important project, and I had enough other models to keep me busy, so the box sat unopened on a shelf for about seven years. I then got the opportunity to see the 1955 movie The Fast and the Furious, and immediately recognized the star Jaguar as the one that I had purchased all those years ago.

The Bburago Jag was a near-perfect match, right down to the white spoked wheels (rather than their usual chrome wheels, which was what was shown on the box art). The only real change that was needed was the windshield, which needed to be cut down to the "racing" style semicircle. Since it was a black and white movie, I did have to guess at the interior colors. I chose the red and light brown two-tone because it seemed to be a popular color choice for the XK120, and the shading seemed to match up to the movie car pretty well. I also added some basic engine detailing and a set of movie-accurate license plates.